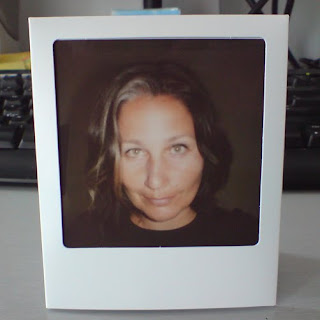 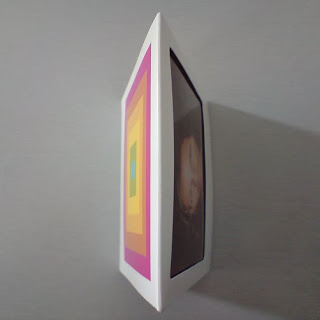 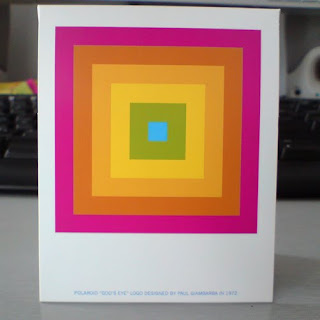 Testing my new (old) film, there's no Polaroid 600 film available anymore, only expired (outdated) old stuff, but still...I like it!
LIVE FOR THE MOMENT, as once Polaroid said :) 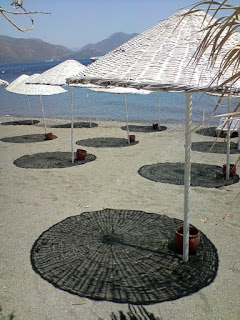 We had a marvelous holiday in Marmaris, Turkey this springbreak, and even though we've lost over 70 Dutch in the planecrash, I am still happy we flew out to the sun. In the Netherlands it was only 6-10 degrees Celcius, over 10 degrees below average for this time of year, so I am freezing at the moment. We left Turkey with 39 C...and came back to 8...
Turkey is a beautiful country, the people are very nice and modern and their leader to democracy Atatürk did a good job so far. Ofcourse Turkey is still very oriental, but what's wrong with that!? In NL and other European countries they still won't accept Turkey to the EU, but...is ths something they'd really want or need??

I loved the people, the land, the atmosphere and loved it being (a little) different then ours. That's what it makes such a nice country, the modern thoughts in an oriental package...lovely! 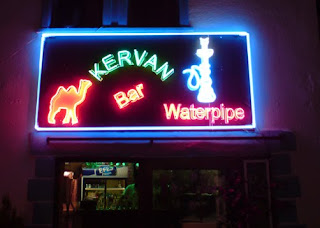 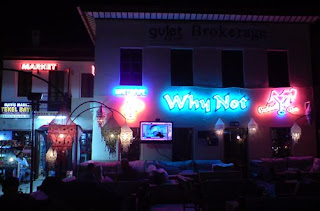 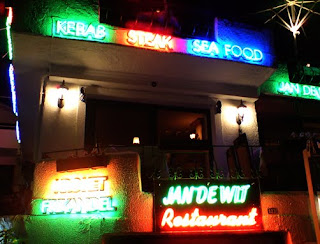 Love the colourfull neon lights everywhere in the town. Marmaris is fairly new, with modern shops and a new boardwalk and everything. 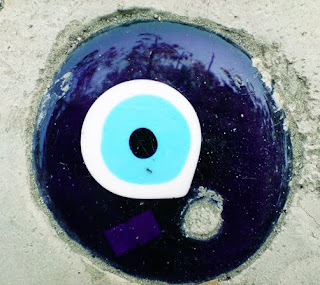 The 'evil eye' actually is a good eye, to protect you from jealousy. It's thought to be Medusa 's eye and when Christianity came to Turkey (Islamic religion came 500 years later) it's also meant to be the eye of the fish-symbol, which is the letters of God, his Son, the holy Spirit.
Gepost door Eyespiration - Melanie Rijkers op 05:38 1 opmerking: 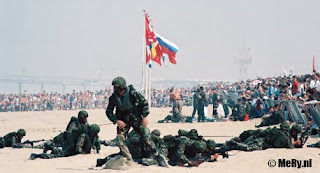 Scheveningen, 5 May 1995, Liberationday - invasion of the beach

Today, May 4, the Netherlands were occupied by the German army for the last day 65 years ago. On May 5 1945 we finally were liberated all, by the American, English, Polish & Canadian army.
Via Twitter there's a call for a "Twittersilence" tonight at 20.00h (8pm) as we remember the dead with two minutes of silence every year on May 4, 8pm. As if we nowadays can't sit still for two minutes...are we really that bad that we need a call? Do we really want to Tweet every minute of the day? Also, 8pm our time isn't 8pm your time when you are in a different timezone.

More about our Liberationday on Wiki.

Still it's a weird day, May 5. We don't have a bankholiday (why not?) as we do on April 30, when it's Queen's day "Koninginnedag". We celebrate our Queen Beatrix' birthday too with a bankholiday for everyone.

May 5 seems to be a day of (pop)festivals and beer mostly, just like Koninginnedag. On May 5 1995 me and Hans were strolling along Scheveningen beach, with D-day-like invasions of soldiers, bomb explosions and a parade of veterans. Next to the impressive landing on the beach, I was stunned by the disrespect of the watching people. Yuk...almost a naked bum, hairy naked backs etc... 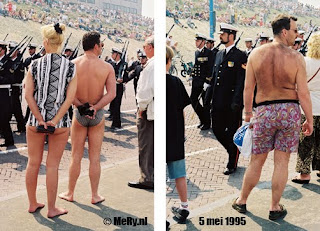 We must never forget the war, not only WorldWar II but also the more recent violence all around the world.

Pilot. Send to "The One Minutes" for the "Where history begins / Schatten van Brabant" theme. One day soon we hope to be able to make a full lenght film of all empty houses, as there are 25 houses in my hometown Breda that were abandoned in the war. (our One Minute film only features 6) We must never forget!
...The Jews who lived in it never came back, as they almost all died in the camps like "Auschwitz" & "Westerbork" .
Gepost door Eyespiration - Melanie Rijkers op 05:18 Geen opmerkingen: