Study of internet + copyrights - I need to do some research. As a professional photographer I am about to become extinct. [as "everyone is a photographer"] For some reason, my idol of the 80s & 90s declared "The Internet Is Dead". So what's up with that Prince tell me!

Once I was one of the fans who would go to his concerts a day early, so we were sure to stand front row. Man, I know all lyrics by heart of the albums untill ...erh...what year, let me Google this... untill de album Come in 1994. (I admit I do like Musicology & 3121 of the later years, but the rest...OMG ;)

Anyway, didn't read that he announced 'The Internet Is Dead' [2010] untill a few weeks ago. But it still makes me curious. Why does he say that? I noticed his official website was shut down some time ago, which surprised me, as he was one of the pioneers to sell his songs online. A few questions pop up:
- weren't his songs selling anymore?
(I think it's rather a case of "he doesn't have to work (for money) anymore" so why should he bother idd ;)
- is Prince getting too old (for this sh*t)?

Especially the last question is intriguing. He looks in his mid 30's still, but Prince was born in 1958...so 50+ years of age now. This article points out the numbers of records sold by Gaga & Prince. [which in Gaga's case are also digital files/downloads] 'Ofcourse Gaga is hot now, but will she be in another 30 years'.

I am still thinking about the internet is dead thing. Is it? I'd love to know. As for us photographers, we suffer from the same. Prince has been fighting the internet for over a decade now, as he doesn't want his stuff, photos nor songs to be put online by anyone else but him. Though @ concerts you're now allowed to bring your camera(phone) in, he keeps telling people 'why bother to record' experiencing the real thing without a camera in front of your eyes should be the real thing when coming to his concerts. [he did so in a recent Belgium concert]

Still, it's easy for him to say!
The music industry (which he dislikes a lot) is all about selling and earning big money still. Maybe he indeed is too old, and shouldn't he be going on about this, but just relax and compose and perform live whenever he feels like it...
on the other hand...in all media business, like newspapers, magazines, photography and video, we [artists] suffer. Photographers suffer from free images, to be used, printed or altered by...anyone, at any time. So it seems.

Original artists suffer the most. Older fellow photographers (age 40 and up) are specialists...but...people aren't hiring specialists anymore. Due to the crisis people hire younger, cheaper, all-round photographers, of generation 'Z'. This generation wants to share. Share, share, share - without giving. They take, and don't want to pay for anything you can find online. "It's there to share" seems to be their thought.

Hm.
Now what can I do with this, being an 'oldie' in the photography business? Ok, am not done yet, not AT ALL, but fellow photographers: it's not like it used to be anymore! At all. We, trained the analog way in the 90's, need to shift our minds to a higher gear.
Haven't found the answer yet, but will share it when I do. 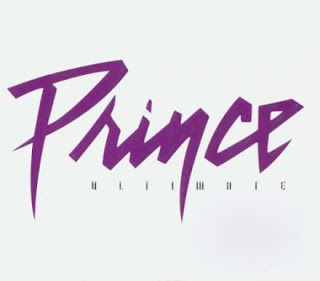 Prince: 'I'm a musician. And I am music' --> I am a photographer. And I am photos'
Gepost door Eyespiration - Melanie Rijkers op 07:34 Geen opmerkingen: 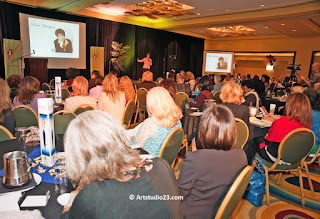 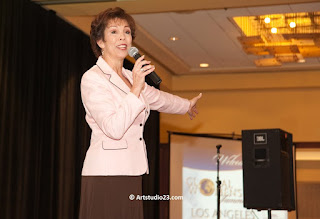 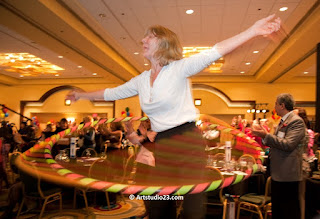 Kelly Breaux teaches us how to hoola hoop :) 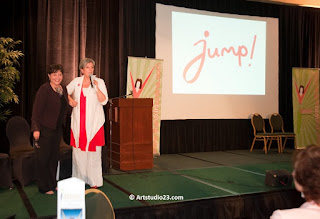 Ineke Hurkmans wants us to Jump!

"Global Women's Summits are part of a powerful global movement to celebrate and educate the women of the world. Our motto for these historic events is "Enlighten Women's Minds and Empower Women's Hearts … for a Better World."

At Global Women's Summits superb speakers and entertainers will address the personal, business, family, and community/national issues that are profoundly important to women in each country.

Women will be educated and empowered. They will have the opportunity to receive solutions for their lives, share their ideas, and really connect with one another heart-to-heart.

Global Women's Summits will help women, worldwide, learn how to:

Join the global women's movement as they participate with powerful women's organizations like The Women's Information Network, Women Celebrating Life, Global Women's Summits, and others 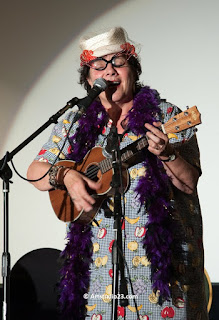 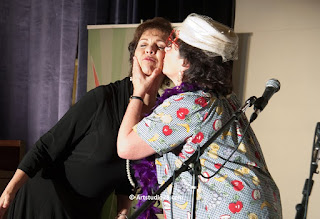 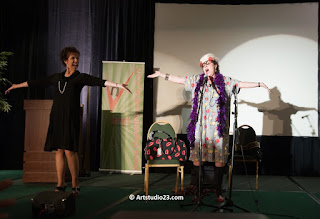