Interesting SMC076 night at Electron. Maaike Gulden informed us about (how to use) Pinterest, and Jeanette Eikelenboom talked about Breda2030. A few photos: 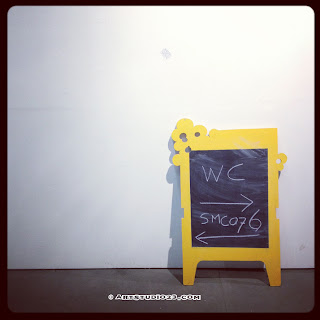 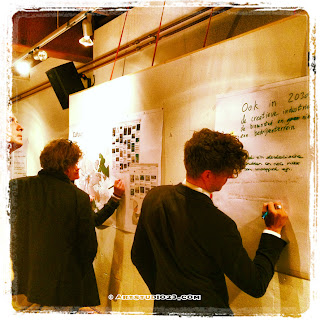 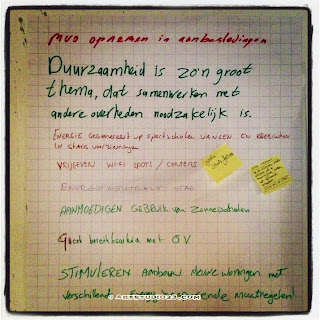 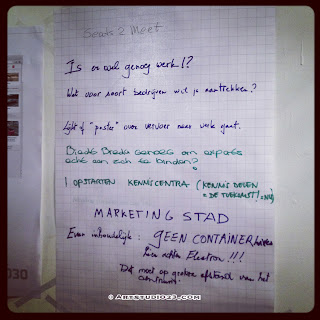 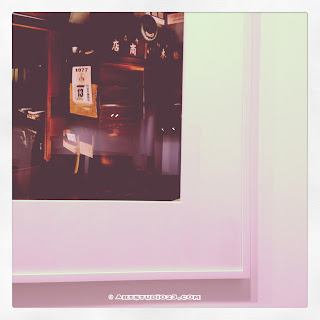 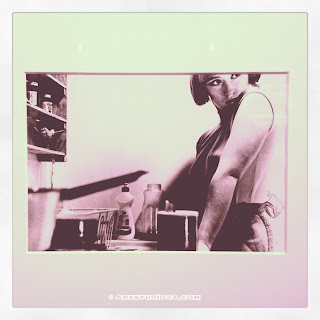 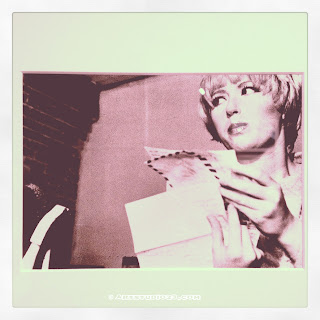 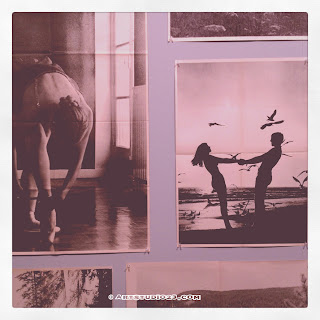 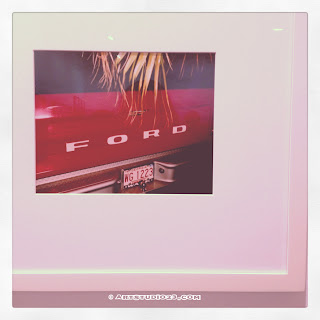 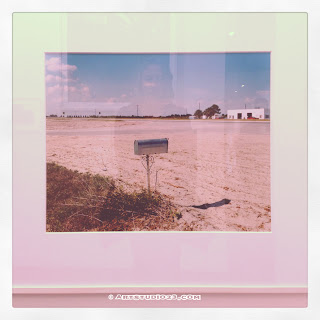 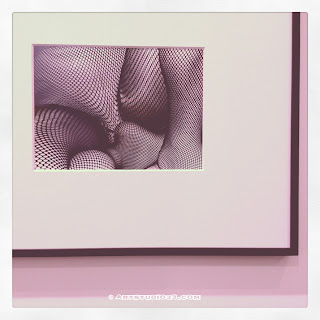 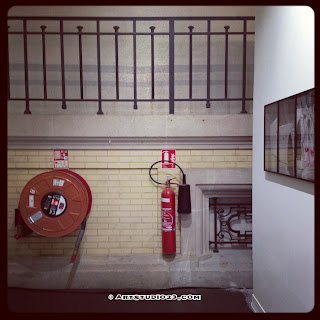 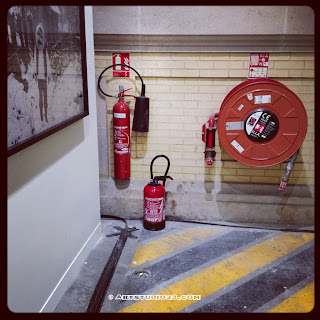 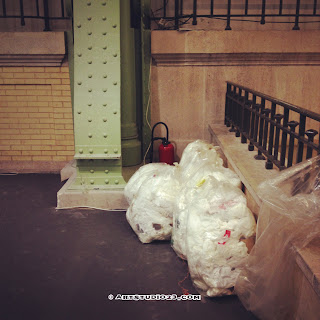 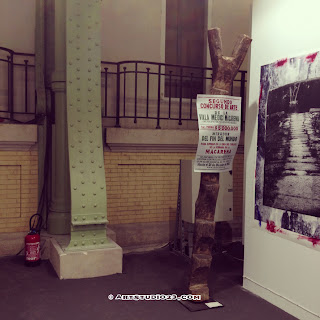 Since the release of the Boomerang card, with the image of “Banned Frank” on it, we were overwhelmed with reactions. Mainly negative, but that is how it works:
If you see something you love, you just love it and leave it at that.
If you see something you don’t like, you react.
To all the people who were offended by the image we can only say: Then you didn’t get the true message of the piece made by T. His message is one of reconciliation, unity, peace and love. He never meant to offend or hurt somebody with the image. We still support this image all the way, cause we only see the beauty of it.

But beauty is in the eye of the beholder. [Boomerang website]

It ain't over yet

Will the world really vanish 21 December 2012?? KOP planned this exhibition even after this date, so bet they don't reck it will :) They've asked artists to send in work showing their view of this topic.
Until 27 january 2013.
Gepost door Eyespiration - Melanie Rijkers op 03:32 Geen opmerkingen: 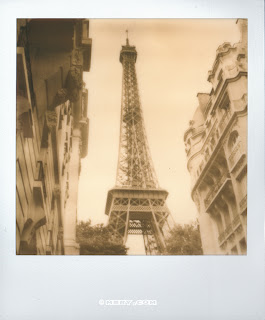 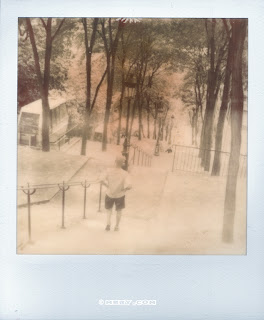 Trash The Dress Down Under by Melanie Rijkers/MeRy.com | Blurb
Wish I was able to do my very last group Trash The Dress event down under at the very last special date 12-12-12... but unfortunately there's no funds...we then thought of Las Vegas to end our 5 years of crazy photo fun, but even for that fantastic location there's no money as we want to fly in a dozen brides...

Ofcourse we'd invite brides from all over the world! But it seems my (unofficial) worldrecord of 150+ brides on 09.09.09 just can't be broken...crazy Dutchies! (there's just not enough brides ;) You don't even have to participate with your own dress (though my 09.09.09 brides made 50 years of bridal wear history, magnificent!) it's just about having fun fun fun with a group of 'brides', posing in weird situations for a photographer! Been to Adelaide and Canada too, and that was just so much fun...
Gepost door Eyespiration - Melanie Rijkers op 13:02 Geen opmerkingen:

Trash The Dress 11.11.11
Scheveningen once more, 2012 (May)
Trash The Dress 10.10.10 (i.s.m. Arjan van Dijk groep)
Scheveningen 'world record' 99+ brides 09.09.09! In the book I've also collected some of the stories the brides shared, and printed their original wedding picture too. Did you know you grow from posing? Brides told me the running in to the sea sometimes felt like being re-born. In case of a divorce it felt like a new, fresh start. But to all women it was a day that gave so much energy!!
150+ Brides participated, OMG, how stunning they all were. Hoped we could do another one in Vegas (or Oz) to close this chapter of fun events, I am so sorry, we just can't afford it right now... *sob*
Gepost door Eyespiration - Melanie Rijkers op 12:40 Geen opmerkingen:

Red by MeRy/Melanie Rijkers wwwArtstudio23.com | Blurb
Redheadday 2011 - portraits of natural redheads (I love gingers!) posing proudly for me, photographer Melanie Rijkers at the roodharigendag in Breda. Since 2007 I take photos of these beautiful, but at some point in the future extinct people.
Gepost door Eyespiration - Melanie Rijkers op 12:31 Geen opmerkingen:

"Paris Photo was created in 1996 and is the most prestigious art fair dedicated to historical and contemporary photography. This fair takes place annually at the Grand Palais in Paris mid-November, and for the first time will be held at the Paramount Pictures Studios in Los Angeles at the end of April 2013. Over the past 16 years, Paris Photo has become a significant event for collectors of contemporary and modern art, photography professionals, artists, as well as for a wider audience of art appreciators.

Both of these fairs take place in the most extraordinary locations these cities have to offer. Each event is unique and displays a diverse collection of photography from the participating galleries. The program will be built around cultural events involving artists, art world professionals, collectors, and cultural institutions.

Enriched by the unique cultural environment of these two cities, Paris Photo offers its visitors an unsurpassed experience which brings together all the different trends in photography."
Oui oui! I will be in Paris this weekend, haven't been to Paris Photo since the start, so it's about time! If you want to join me, let's photowalk the 17th?! Au revoir!
Gepost door Eyespiration - Melanie Rijkers op 05:32 Geen opmerkingen:


In 1996 I graduaded at the St. Joost Academy, fine art photographer I am ever since. Today is the 172nd birthday of the French artist Auguste Rodin (1840-1917) He was the very first modern sculptor. His statues were often bigger than life, as he needed to proof he wasn't cheating. But in his former atelier (now museum) you can also take a look at very small statues. I just love his work since I saw his 'Danaïde' ♥ The marble seems almost alive, and the subjects (often beautiful women) are gordeous. 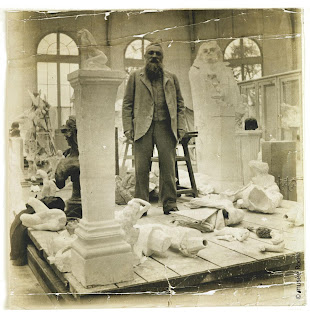 I made two series as my graduation assignment, one was 'Statue', a series of 5 photos, hand printed on baryth paper 60x90 cm. (see top photo, the blue wall shows my work) As a study I made this gordeous photo of Lian, with Kodak Highspeed Infrared film:
I hope I can go back to Musée Rodin this very next weekend, as we are organising a photowalk in Paris! If you'd like to join us: we're gathering at the steps of the Sacré Coeur at 1.30-2 PM on Saturday 17 November 2012, then walk untill 5 PM. Optional: 'how to photograph the Eiffel tower by night' 5-6 PM. 35 euro p.p. including Eiffeltower by night workshop, please pay cash on the spot. You can also sign up via Facebook.
Gepost door Eyespiration - Melanie Rijkers op 02:26 Geen opmerkingen:


GLOW
From November, 10th to 17th 2012, the city center of Eindhoven turns again into a forum of interventions, installations, performances and events based on the phenomena of artificial light.
LEDS LIGHT 2018EINDHOVEN
Based on the theme 'Facades & Faces', the different appearances of Eindhoven are revealed in both great projections as subtle lighting installations.
GLOW opens on 10 November with the project LEDs light 2018Eindhoven. From 20.12 to 20.18 hours the estimated thousands of visitors on the route shine upwards with special LED lights and illuminate the sky above Eindhoven. At the same time 11 large searchlights lighten up the route and a helicopter flying above the center of Eindhoven captures the illuminated route. With LEDs light 2018Eindhoven the GLOW audience creates an unique light sculpture and puts the spotlight on Eindhoven and Brabant as a candidate for the title of European Capital of Culture 2018. LEDs light 2018Eindhoven starts at 20.00 hours with an unique laser projection of artist Edwin van der Heide on the Stadhuisplein. At 20.12 hours the percussion group Les Tambours du Bronx accompanies the stunt with a drum spectacle.
Gepost door Eyespiration - Melanie Rijkers op 02:11 Geen opmerkingen:

Hm...snow again in New York early November???
Last year I went to LA (where I met Gina Lazenby, Mynoo Blackbyrn and many more other wonderful women!) On my way back from the summit I stopped over in NYC for 24 hours, as I hadn't been to New York before.
On my way there people kept texting me, "Beware of snow", "Are you dressed warm enough" and "Can you fly in/out??? As there's been a snow storm" ... huh?? It's 1 November [2011]...snow storm? But apparently only a few days before my visit there was... 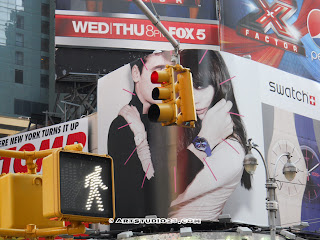 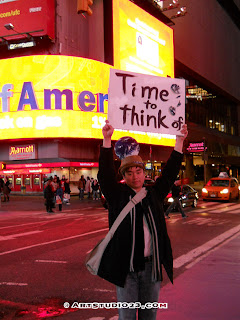 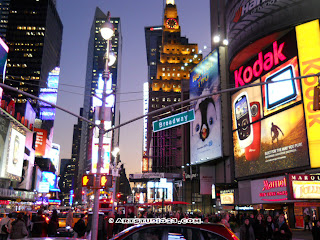 Lucky for me when I arrived...it wasn't too cold and with an extra layer of clothing I managed perfectly :)
Gepost door Eyespiration - Melanie Rijkers op 15:37 Geen opmerkingen:

"Start 2013 very differently. Come join our gathering of women and explore how you can create a new future for yourself. Who will you become?
This New Year programme is a wonderful 9 day journey starting Friday January 4th – Saturday 12th 2013. With an optional extra 1-2 days shopping and bargain-hunting in some of Bali’s cool boutiques that we have found.

We are convening a special co-creative journey of insights, wisdom and spiritual nourishment for women who want to step into the next phase of their lives but are not sure what that is exactly. It’s time to move from transition to transformation.

You have probably been searching for some time now and been encouraged by the resources that have come your way but you might be feeling a little frustrated that you STILL don’t know what the universe has in store for you at this point in your life.

Welcome to the club!
There are thousands of us….. maybe millions. It’s all part of the rise of the feminine across the world. We are being prepared for roles that don’t yet have names but which will fully utilise our broad range of skills that we have acquired over the years in our professional, community, social and family life. Perhaps we have been top of your game in one area with accomplishments in business or family life, now you are looking to start out in a new direction.

So, if you are looking for answers then you will probably get that they usually come when:
1 you are not looking for them directly … they just kind of pop in!
2 you are having fun doing something else
3 you are in the enquiry with others

We offer you the opportunity for at least two of the above!" Women Gather website
Via e-mail, sounds very interesting Gina! Wouldn't you just love to be part of a journey like this...?!
Gepost door Eyespiration - Melanie Rijkers op 15:16 Geen opmerkingen:


Check out this awsome movie by a young Dutch film maker...

"So this is what it looks like, the city that never sleeps in darkness...wrote Mashable. Because of the black out, caused by superstorm Sandy, a big part of New York is pitch black still - about 700.000 people don't have power back on yet. It seems New York's devided in two, when you look at the picture.

He shares his story via Dutch newspaper NRC.nl."

Via Twitter:
"In the midst of the monumental clean-up and recovery after the biggest Atlantic storm in history, Hurricane Sandy, killed hundreds of people and left a path of destruction and grief from the Caribbean to Appalachia to New England, LIFE.com looks back at a far smaller disaster: a blackout in New York City in the summer of 1959."
I really miss color in this set, even though I know how hard is was to create images under such circumstances, 400 iso film, maybe pushed to 1600...analog photography...charming, but in this case it does not tell the story.
1959...don't think the famous Kodak B/W 1600 film was available back then? This analog film could be pushed to 3200 easily...grain was huge, but...accepted and even beautiful, adding texture to the blacks...this 1959 LIFE set to me didn't survive the hand of time...
Gepost door Eyespiration - Melanie Rijkers op 16:01 Geen opmerkingen: