STOP Maternal mortality by MeRy.com |
UN website: With only five years left untill the 2015 deadline to achieve the Millennium Development Goals, UN Secretary-General Ban Ki-moon has called on world leaders to attend a summit in New York on 20-22 September 2010 to accelerate progress towards the MDGs.

We, people of the city of Breda, the Netherlands, organised a big gathering 4 September 2010 to support MDG no. 5: to reduce Maternal Mortality. Over 100 pregnant women came to help public health organisation Simavi kick off the Worldmothers Estafette.

Fine art photographer MeRy (Melanie Rijkers) created the record of biggest group 'bolle buiken' (big bellies) in one photo, and the Estafette to get people to sign a petition was launched successfully.
www.MeRy.com for more of MeRy's photo & art work 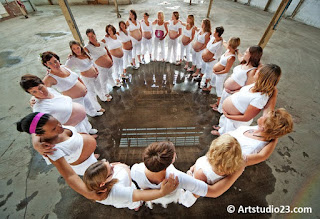 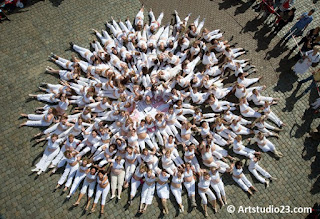 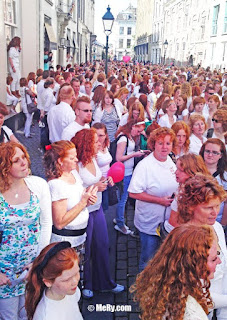 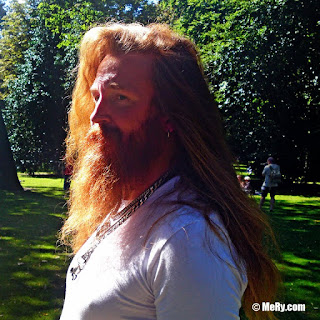 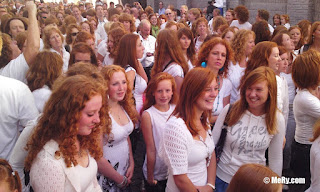 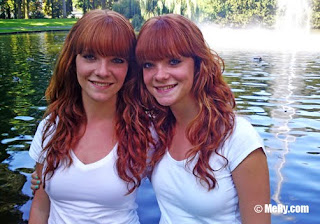 Artist Bart Rouwenhorst only paints redheaded women and when he had his first exhibition of these paitings in 2005, 150 redheads showed up in Asten, the Netherlands. Now, 5 September 2010, he says over 3500 natural redheads invaded our city Breda, the Netherlands. (some reporters said it's Scotland, but nope, in NL there's also a lot of beautiful redheads!)

I already helped out a lot when he had the first gathering in 2007, also created my series Red-On-Red, on the spot, at the Roodharigendag. In 2008 we were able to create Medusa. And recently I fnished infraRED which was honorable mention at the IPA [International Photography Awards] 3 times!

Making of my often used promotion photo for the redheadday 2007 :) 11 gordeous women lay their hair on Bart Rouwehorst, covering him like a blanket.

Want to see more of my redhead portraits? Check out MeRy.nl/rood 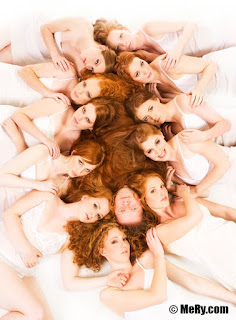 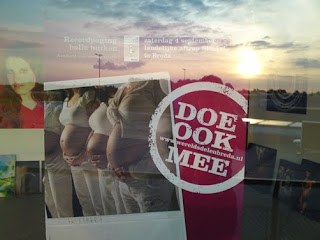 Last few times we can watch beautiful sunsets (reflection in de window)...as we are moving to another location!

We are moving to the Backer & Rueb (old factory) building, Speelhuislaan 173 B, unitA101 in Breda, the Netherlands. Will post some awsome photos of the location soon, and wish the new renters good luck in our light and spacious studio!
Gepost door Eyespiration - Melanie Rijkers op 04:39 Geen opmerkingen: